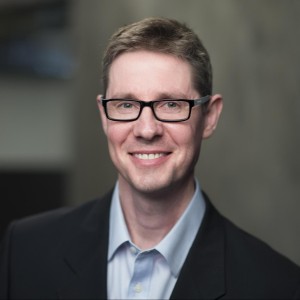 One of the common concerns in many renewable energy discussions is the environmental impact of solar panel production since many of the components use metals and other minerals that are mined. The manufacturing process also uses energy by way of traditional fossil fuels.

We asked Markus Lambert, the National Solar Manager for LG Energy for his comments regarding the topic.

Craig Bailey (Solar Trust Centre): One of the questions asked on Facebook is: where are LG panels made?

Markus Lambert (LG Energy): LG panels are made in South Korea, in a city called Gumi. It’s about 150 km from Seoul and it is a fully automated factory with 500 quality control processes.

Craig Bailey (Solar Trust Centre): How are the panels made?

Markus Lambert (LG Energy): The panel production starts with the ingots (being the silicon) and then the wafers and cells are made by LG, and then all the other parts of the panel are made by LG as well.

It’s a fully integrated product, it doesn’t come from sub-contracted pieces here and there, and it is all put together in a factory that runs on highly automated machines.

Craig Bailey (Solar Trust Centre): Where are the production machines sourced from?

Markus Lambert (LG Energy): The interesting thing is also that these machines, in many cases are not the ordinary machines that you can buy in Germany or other places to make solar panels, but they are specifically made by LG who has a factory that is only making manufacturing equipment for LG. So, in many cases it’s very specialised manufacturing equipment that we also make ourselves.

Craig Bailey (Solar Trust Centre): Where are the materials sourced from – especially some of the rare metals and things to be used in panels?

Markus Lambert (LG Energy): Look, the overall ingredients in LG panels are actually screened for products that have relatively minor environmental impact. So for example, LG Electronics is a company was actually found to be the 44th most sustainable multi-national company in the world last year. And in regard to the actual ingredients, solar panels that LG makes have very simple ingredients in them.

Most of the panel production is from:

So there is not much gold or silver or anything else of the rare earth type of material that is used in these panels.

Craig Bailey (Solar Trust Centre): Are any of these materials recyclable?

Markus Lambert (LG Energy): Yes, what this also means is that those materials being the aluminium, the glass, silicon being sand, actually have high recyclable properties.

Thanks to Markus Lambert for his response.