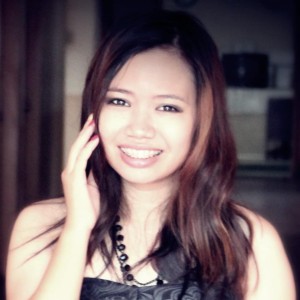 Solar energy is said to be the fastest growing renewable energy source in the USA. The country has 23 gigawatts of installed solar capacity. When utilised, this can provide electricity to nearly 5 million homes. This dramatic move to renewable sources of power is partly dictated by the alarming evidence of the worsening state of climate change and the fast repletion of fossil fuels. While energy consumption patterns are slowly changing, critical amounts of greenhouse gasses are emitted from the burning of fossil fuels for electricity, transportation and other industries in the USA. There’s certainly still room for change and improvement in the field of solar power for better energy use and efficiency.

While the USA has long been one of the largest greenhouse gas producers in the world, they are also among the leading countries producing solar energy. Data from National Geographic shows the top five countries where electricity generation from solar is rising fast. Included is the USA, China, Germany, Spain and Italy (2005-2012). Australia comes in at 8th place, holding the title of country with the highest solar radiation per square meter with 1 out of every 5 households relying on solar energy to some degree.

For a bird’s eye view of solar energy, the basics and history, you can check out our previous article on solar power. The article talks about:

If each continent on the world follows projected solar energy patterns and produces solar panels over a certain surface area, the world could be powered by energy from the sun and drastically reduce carbon emissions.

This simply show the way the world is seeing solar power as the power of the future. The recent rise in Photovoltaic sales and installation is viewed to be the start of a global energy shift. Here’s the graph from GTM Research:

GTM Research also released extended data with projections up to 2020:

The rise in the market is mostly dictated by the nature of the supply driven market and high utilisation rates. The demand by geography is pictured in a graph below:

#4 A solar power system can save you tons

On average, a person can save thousands of dollars with a solar panel system that can last for 20 years. However, as PV system lifespans increase to around 30 years, you can expect savings to increase dramatically as well.

In an article from Forbes, a group of California economists said that on average home-owners who have working solar panels installed can recover up to 97% of their initial investment costs from the system once they sell the property.

Unlike coal and oil burning, solar power is free of emissions. It is a renewable source of energy and so it helps to reduce your carbon footprint.

What is carbon footprint? It is the amount of Carbon dioxide emitted due to the consumption of fossil fuels by a person or an industry. Green advocates rally for a reduction in our carbon footprint through responsible individual acts or industry-wide accountability.

Despite increased awareness, carbon footprints have continued to increase at an alarming rate worldwide:

The gases emitted from human activities included Carbon dioxide, Methane, Nitrous oxide and Fluorinated gases. Electricity use and heat production are the top contributors to the production of greenhouse gasses followed by industry, agriculture, forestry and other land use, transportation and other energy use.

When broken down by countries, the top contributor to the production of greenhouse gasses is China followed by the US.

Economisation and innovation are two of the most important principles when it comes to solar energy. As panel installation becomes cheaper for residential and business properties, more and more people are recognising the environmental benefits and long-term potential of solar energy. This is good news for commercial contractors, who will lead the way in developing solar farms which could possibly lessen the current dependency on fossil fuels and non-renewable energy sources.

‘The introduction and use of smarter energy technology over the next decade will help to improve the interaction between onsite renewable energy generation, home energy use, electric vehicles, appliances and the power network. Energy storage and its interaction with the network will be a critical part of this.

Currently the biggest barrier to the wider adoption of storage is the price [but] Tesla has predicted a drop in the price of its lithium ion battery packs by more than 30 per cent by 2017.’

Another industry that is piggybacking on the solar energy’s bright future is the solar company stocks. Just as solar power is becoming a global demand; its annual growth is also increasing while companies providing goods and services to meet demands are also envisioning a brighter future. ASX holds the data for the companies which have the highest stock gains. Money Morning reported that one single company making solar towers gained as much as 97.37% in their 2015 stocks.

Even Dubai, an oil-rich country, seems to be expressing interest in solar power. This is said to be fuelled by fewer economic barriers, lower prices and favourable policies. Kenya is also planning to install more solar panels PV in its power farms. Government backed, the efforts to improve the energy supply in Kenya is guided by a vision of affordable quality energy for all Kenyans

Morocco has switched on its solar power plant which spans thousands of acres and is capable of generating up to 160 megawatts of power. It is labelled as one of the biggest solar power grids in the world. This is a huge achievement for a country which has 97% of energy consumption imported.

Japan, now facing difficulties in reopening its nuclear power plants after the Fukushima disaster in 2012, is trying to seek alternatives to supply the growing power demand. The first problem is the location – with Japan’s mountainous and crowded country, where will the solar farm be set up? An offshore power plant was set up on reclaimed land jutting out of Kagoshima Bay. It is said to have the capacity to power up to 22, 000 households.

Following the footsteps of Japan are other Asian countries. Singapore too is beginning to look for offshore solar power plant locations. The largest solar power station is planned for India and is aimed to start producing energy in March 2017. The plant will be producing 750 megawatt which will dwarf California’s Mojave Power Plant’s 392MW capacity.

Australia, promising in all aspects of solar power generation due to its location, was critiqued for lagging behind in the past years due to slashed incentives among other factors. But then, Jo Chandler writing for Yale Environment 360, believes that Despite Hurdles Solar Power in Australia is too Robust to Kill. This is mainly because solar power generation in Australia is predominantly residential. By 2030, it is predicted that half of Australia’s homes will have solar power in addition to large scale and commercial solar power gaining traction. By 2050, as reported by World Wildlife Fund in Collaboration with Australian National University, emissions will be reduced and 100% of energy will be sourced from renewables without depressing economic growth.

LG Electronics is also expanding and investing 435 million in solar cell production in Australia which will supply high-quality and high-efficiency solar panels to the country’s growing market.

“With our abundant renewable resources we are one of the best placed countries in the world for moving to a fully renewable electricity supply,” he said. “Australia can achieve zero net emissions by harnessing energy efficiency, moving to a zero-carbon electricity system, switching from direct use of fossil fuels to decarbonised electricity, and improving industrial processes,” ANU associate professor Frank Jotzo commented on the research findings.

Most institutions though dedicated to solar and its promise admits that solar technology still needs a fair share of research money to get it going. Aimee Curtwright, a post-doctoral researcher from Climate Decision Making Center said that good research plus better policy decisions are needed to further reduce solar power price. The more studies conducted in various areas of solar power generation (PV cells, peripherals, installation, etc.) can create better and even cheaper power.

Massachusetts Institute of Technology, a think tank and educational institution, conducted a comprehensive study on the future of solar energy in line with its MIT Energy Initiative.

The study came up with two conclusions: one, solar energy is the best option and provides the best potential in meeting the planet’s long term energy needs minus the greenhouse gases and two, governments must do more to promote development.

Although the study is mainly concentrated on the evolving solar energy needs and production inside the USA, most of its findings still ring true for the whole world. The 356 page report can be read here: The Future of Solar.

One highlight of the study includes its best research-cell efficiencies:

The MIT study found that the photovoltaic industry can achieve terawatt-scale deployment of solar power by 2050. To be able to achieve this, the study pointed out three challenges that need to be overcomel:

The following graph shows the evolution of solar panel installations over 14 years. Based on the benefits and rising popularity of solar energy, it is more than likely installation will continue to increase at a steady rate, eventually overcoming the need for non-renewable energy sources.

Despite the positive projections, two important factors are still holding solar power back:

Although solar cost has steeped so low compared prices in the last decade, it still need to be more affordable in order to reach even more developing countries and cover every inch of developed ones.

Another necessity is to increase the conversion efficiency and power output of PV modules. The higher the efficiency, the better balance in the system. Higher efficiency would also mean that a developer can install more PV in an area with less land, resulting in fewer support structures and less labor costs.

All these changes are happening now. It’s exciting to think the solar power takeover could happen during our generation.

This article originally appeared on the XEN Life blog. It has been reproduced here with permission.
Image Credit: Tafe saTonsley via Flickr